Would you like to add a review? Write to info@javaguru.lv 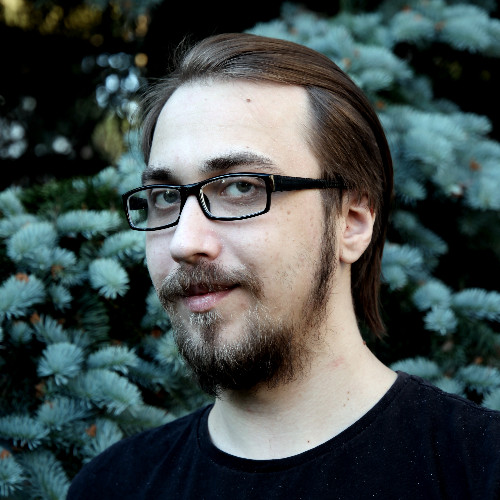 Java Guru: Hi, Konstantīn! Tell us a bit about yourself, who are you and what do you do?

Hi! I am currently working as a Junior BackEnd Java Developer in one of the largest companies in Latvia, which starts with the letter “A” and ends with the letter “e”. I think many of you are very familiar with this company.

Java Guru: Please tell us how did you get into IT?

I’ve actually been in IT for a long time, more than 10 years ago when I left school and needed to figure out what to do next. Thinking that it was easier for me to communicate with computers than with people, I decided to go to the Riga technical University to study “Programmer”, but for some unknown reason I changed my mind and graduated as “Computer Systems Technician”.

Now, of course, I regret it, because I could have jumped on the train much sooner, but people learn from their mistakes.

After that, things didn’t go as planned, and I was constantly picking up knowledge from YouTube, from friends – a little bit of everything. The last step in my career before active work was the Java Guru course

Java Guru: Why did you choose Java Guru?

It’s actually quite simple, I had prior knowledge from other courses, I knew the syntax of С\С++ and I was already looking for a job, but in one of the job interviews for a Junior Java Dev position I got very nervous and quickly failed it, even though the questions were elementary. Then I asked them to advise me on what I should study to get a job. That’s when they recommended Java courses, saying that you should take some of these technologies and learn them yourself, because they teach what the market demands.

Java Guru: What courses did you complete at Java Guru? How did the training go?

I went straight to Java 2, having never seen Java on a monitor before, but decided that with my knowledge of C syntax I would soon get the hang of it.

The course was easy and fast. Complex things in simple language. From the first day, everyone was divided into groups and started their own projects, gradually learning what they had been taught, followed by a presentation and a certificate with prizes.

Java Guru: What role did the Java Guru courses play in your professional career?

I believe, the most central one. It became a place where everything I had learnt before fell into place, where I received new, missing material in a structured way. As a result, I received my finished “product”, which I made with my own hands. It was full of mistakes, terrible, but it was mine!

Java Guru: Where did you get the motivation to study?

It’s actually quite simple. It didn’t have to come from somewhere special, because at the time I had a job that I didn’t like and that was physically and mentally hard. When I told people something about the IT world in “programmer” language, they looked at me as if I were speaking Chinese, but I was just trying to explain the binary number system. Around that time I realised that if I knew and could do all that, why was I still here, and I was aiming for that job with free coffee, free biscuits and much higher salary. Besides, I was heading in that direction to begin with, but I took a wrong turn…

Java Guru: What are your current goals?

Not to lose what I have already achieved and only to move forward. The field is fast-moving, which means that if you stumble and stop progressing, you may never get back. And on a more down-to-earth level, the next step is the middle, and then we’ll see, maybe I’ll go see the world, there’s a lot of work for programmers there too. And I want to learn some languages… To start with, though, a person needs to learn Java fully so that they can be “at ease” with it.

Java Guru: Looking back on your experience, what advice would you give to those who are just starting out in IT?

Oh, I have a lot of suggestions! First of all, English, you can’t get anywhere without it, you have to be practically fluent, especially if you’re going to work on an international project afterwards, but if you don’t know English, you’re in trouble, you’ll struggle to talk in a stand-up meeting about what you did yesterday.

Secondly, don’t believe all those who say everything is quick and easy.  It may seem so simple in the first lectures, but unlike other knowledge that you learn and then have to learn less, in IT it is the opposite, you learn and realise that you know nothing and need to learn twice as much. And thirdly, which is the main point. Don’t give up! You need to understand that you have decided to enter a field where there is a high demand for specialists. It will be hard, you’ll be looking for the same “semicolon” until the morning comes, you’ll get rejected for job interviews, but you know that somewhere out there you’ll find your place with an interesting project, coffee and cookies, and maybe even some Google on the other side of the screen.